This was a time of great change in the parish, in the neighborhood and in the church. The Second Vatican Council, which opened on October 11, 1962 and concluded on December 8, 1965, was the central event of Catholic life in the 20th century. Pope John XXIII called for the council to “open the windows” in the church to the world. John said he called the council to renew “ourselves and the flocks committed to us, so that there may radiate before all men the lovable features of Jesus Christ, who shines in our hearts that God’s splendor may be revealed.”   New at St. Teresa’s were Masses in English and Spanish and teachings of ecumenism. It was the beginning of the realization that the local community is the church. It meant further realization of Christ’s presence among us. 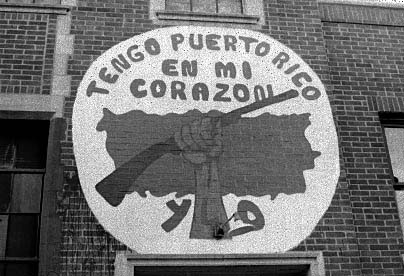 On May 14, 1969, The Young Lords with some of the Black Panthers, Young Patriots, the Students for a Democratic Society along with local residents under the name of The Poor Peoples Coalition, took over the Stone Academic Administration Building at McCormick Theological Seminary (now DePaul University property along east side of Halsted between Fullerton and Belden) during a national conclave of Presbyterian ministers in Texas.  The group charged that the McCormick Theological Seminary was complicit in the city’s attempts to displace Puerto Ricans from Lincoln Park.  The seminary’s president, Arthur McKay, did not file criminal charges and received a call from the Texas conclave relating that $600,000 for low income housing in Lincoln Park would be available and had a plan to establish a “poor people’s” housing project near Larrabee and Eugenie Streets with 40% of the units reserved for low-income families.   The action had been taken to feature the situation of the poor in Lincoln Park and to demand that institutions get involved.

Some local residents supported the movement, many did not, and some harbored anger and resentment.  On September 30, 1969, the Rev. Bruce Johnson, pastor of the Armitage Avenue United Methodist Church, and his wife Eugenia, were murdered in their apartment on the 2000 block of Seminary Avenue.  Pastor Johnson supported the idea of inclusiveness in Lincoln Park.

For a closer picture of the times and the community visit the film, The Garden Walk of Protest, by Randell A. Monaco at http://www.chicagonow.com/sheffield-gazette-digital-fish-wrap/2012/05/the-garden-walk-of-protest/ and the article in DePaul University’s student newspaper, TheDePaulia, http://depauliaonline.com/focus/2013/05/24/the-school-of-music-and-the-lincoln-park-gang-that-tried-to-change-the-world-2/

The Garden Walk of Protest

Through these years, 1963 and 1991, Sr. Barbara Hawken, SCC taught classes at St. Teresa’s and then became the principal.  Sr. Barbara relates that she saw the demographics of the neighborhood change.  Enrollment was at its highest with over 400 children in K through 8 in 1965 with a waiting list for 1st grade. Enrollment began to decline so that in 1968 there were only 275 students (Community Annals SCC). That number stabilized for several years.  By the time Sr. Barbara returned in 1990, enrollment had dropped significantly. There were double grades.  She taught 15 children in 5th Grade and 11 in 6th Grade, the 7th and 8th Grades were even smaller. The neighborhood had been re-gentrified in line with the Chicago Plan of 1955 and now housed a younger and more affluent population. St. Teresa’s school became known as “the drop off” school; some doctors and nurses from the newly developed medical centers brought their children on their way to work. The school closed in 1996.  Life and community changed and continues to change.

In the midst of cultural and economic turmoil, Fr. Matthias Hoffman arrived at St. Teresa’s in 1966 embracing the gifts of all parishioners with his warm and open welcome. Old-timers and new-comers, children and neighbors joined together, struggled and prayed and found time to celebrate through these years at St. Teresa’s. 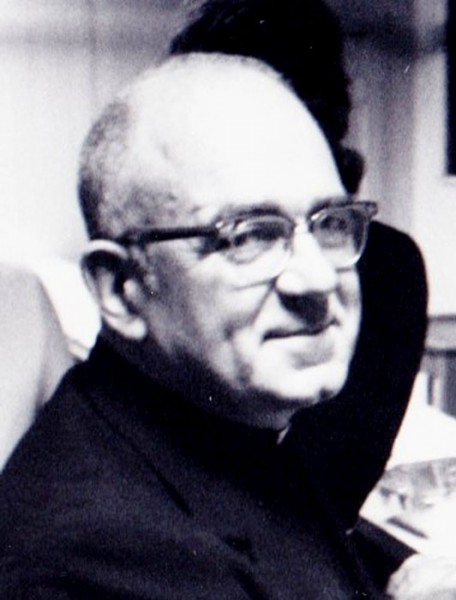